I felt quite flattered that both the Times and the Gazette  featured "The Dance". 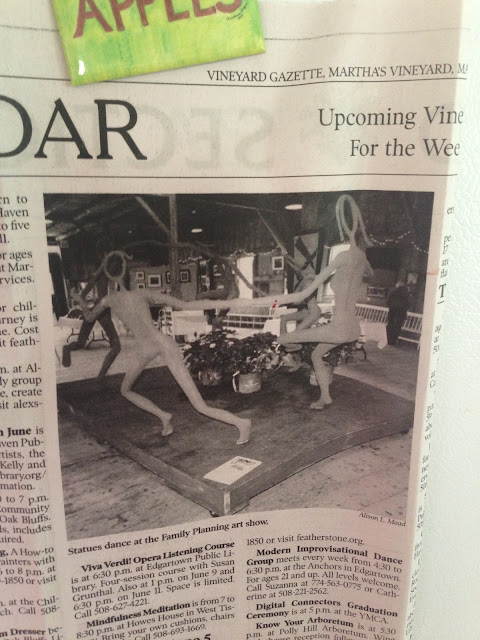 69 Years Old and Everything is Falling Apart

Yesterday was my birthday.  I had finished filling the pool the night before and was waiting for my birthday for my first swim in a couple of months.  But when I looked at the pool the water level had dropped a half a foot since the day before.  Turned out the hose from the filter back to the pool had cracked and split: nothing like cheesy plastic that lasts a few years and then fails.  I moved the break above the water level to stop the leak and started refilling the pool again. I had to go down island later in the day for physical therapy on my thumb and could get a replacement hose then.  Since I couldn't swim I made a nice cup of Chilmark Coffee and was reading the paper when I heard gurgling in the kitchen sink drain.  Marianne was doing a wash and obviously the waste drain had decided to become clogged on my birthday.  Oh Joy and Rapture Unforeseen!  Not really something that I wanted to deal with on my birthday.  Also my plumbing snake was pretty beat up and kinked so it made sense to get a new one on my down island trip, but first I decided to check out the web to see if there was a better way to attack the blockage.  On Amazon I found a cool looking new tool:

You attach a hose to it and put it down the waste pipe (fortunately when I did the plumbing I put in a lot of cleanout Ts just in case) until it hits the blockage.  Then when you turn on the water in the hose the black rubber inflates and seals the pipe above the blockage while a narrow high pressure stream of water comes out the end which both blasts the blockage and builds up pressure behind it forcing it down the drain and into the septic tank.  I bought one and tried it out this morning. Then I started the washing machine and made a cup of coffee and started writing this blog post while I waited to see if the kitchen sink would gurgle.  Nothing!   It worked like a charm.  So now I have to finish cleaning up and putting away the tools, etc.  That is something I've determined I have to change now that I'm 69.  I need to clean up after each job or task and really finish the whole job.  Not something I have been good at doing.  But who says you can't teach an old dog new tricks.

Fixing the hose on the pool naturally was more complicated that it should have been because when I first attached the new tubing the fitting (also made out of cheap plastic for swimming pools) cracked in half.  Fortunately I have a lot of miscellaneous plumbing supplies down in boxes in the basement and had better replacement part that should last.  Finally the pool was fixed and after I vacuumed out the pool Dash, El, Wren and I were able to play in the pool again.  That was fun and now the pool is ready for action when the Cousins arrive on Tuesday. 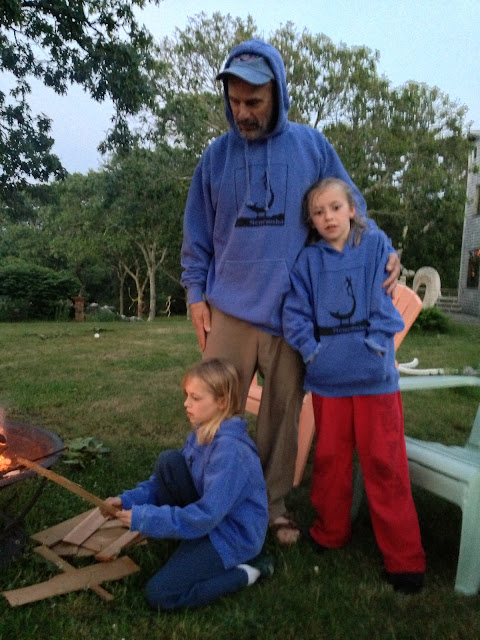 For my birthday Marianne had printed a new batch of Swordfish Harpooner sweatshirts and T-shirts.